Agreement on the establishment of a joint Russian-Chinese enterprise 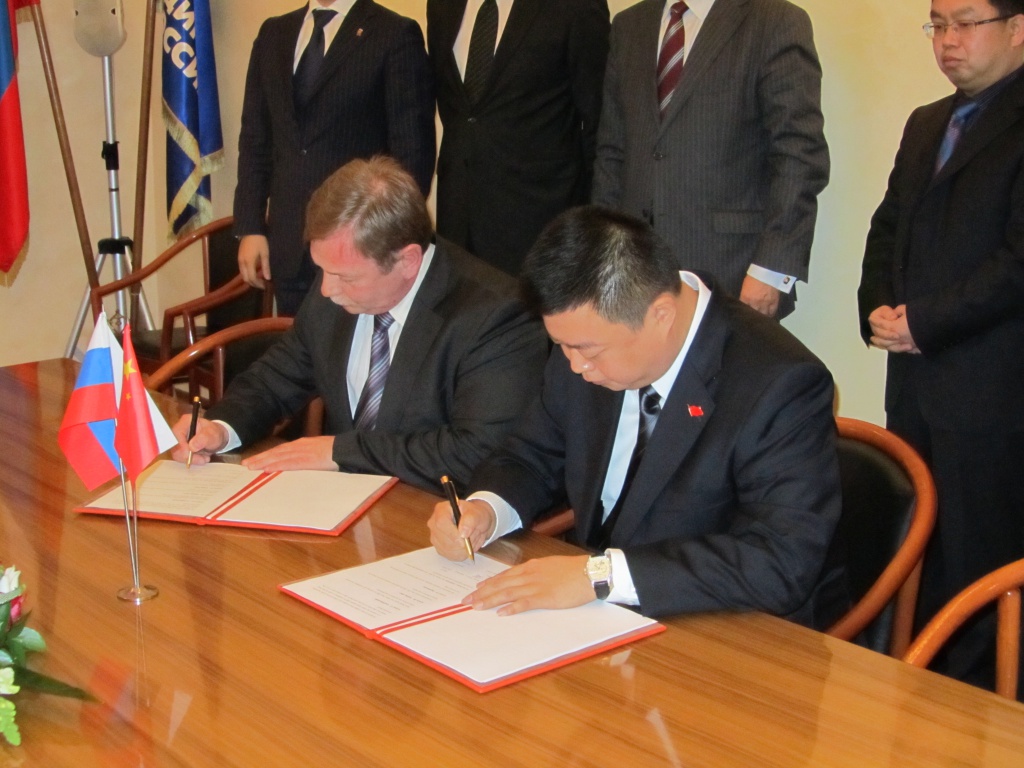 The signing of the Agreement on the joint venture establishment between the National Institute of Radio and Infocommunication Technologies (NIRIT) and the Chinese telecommunications corporation "Xinwei" was held in Moscow on Tuesday, November 8. The agreement on the implementation of the Russian-Chinese innovation project on the introduction of the newest standard of communication and communication in Russia was signed within the framework of the working group of the commission of the Presidium of the General Council of the United Russia party on international and inter-party relations, reports ER.RU.

It is expected that this project will attract foreign investment of up to $ 4 billion dollars in the modernization of the Russian economy. The successful development of the project was largely possible thanks to the bilateral assistance provided by the United Russia party and the Communist party of China in the format of the Party's Working group on cooperation with the CPC on the Russian side and the relevant unit of the international Department of the CPC on the Chinese side. The working group was established under the international commission of the General Council of the Party taking into account the specifics of the development of relations between the two countries specifically to ensure the implementation of significant Russian-Chinese projects of significant national economic importance. Within the framework of this cooperation a bank of promising projects has been established one of which is the "Xinwei - NIRIT" project.

The task of the created joint venture is, among other things, in the production of telecommunications equipment which will allow applying the latest communication technology which provides high - quality wireless transmission of information in the low frequency range - it is cellular communication, Internet, television. In this case data transmission speed exceeds all existing analogues in the world several times. Deputy Secretary of the Presidium of the General Council of the United Russia party on international politics and inter-party relations Konstantin Kosachev noted the importance of this agreement which will open the way to high-tech communication services for Russian consumers. According to him, this is the result of joint work of United Russia and the CPC which are not engaged in business and do not participate in any business projects but assist in the implementation of important national economic bilateral initiatives.

Images to the material